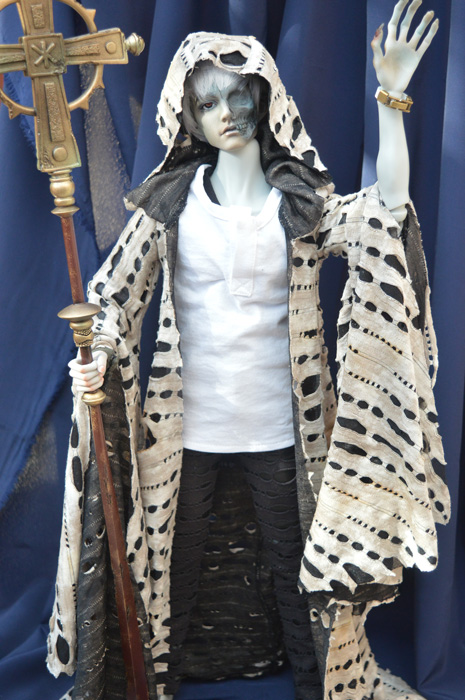 Age: Appears mid-twenties, actually immortal
Gender: Male
Company/Sculpt:​ Souldoll Tarot Azrael
Resin colour: Grey skin
Size: MSD
Story genre: Historical/Modern Fantasy
Bio: ​The third son of a rural landowner, Caeso Silvius found early on that he had little place in the world.  His brothers were bigger and stronger, more favoured by their father and groomed to inherit the land after he died.  Caeso, in turn, grew up quiet, shy, and easily overlooked, and when, at the age of 16, he had the opportunity to escape his family by joining the Roman army he snatched the opportunity with both hands.

Not that the army was much different from home.  Given the agnomen 'Mutus' by his cohort, Caeso remained as introverted as ever, although he proved to be a perfectly competent fighter.  The one bright spark in his life was watching Lucius Claudius Paullo, the third son of a wealthy patrician.  Lucius was a cheerful, funny man of Caeso's age who is working on his Course of Honour and was held in high regard by the rest of the cohort.  He favoured neither the wealthiest of the soldiers nor looked down on the poorer ones and, somehow, gained the respect of both.
​
When one of the soldiers in the cohort, one whose favourite hobby was viciously insulting anyone he disliked — including Caeso, as well as many others — is found murdered, the tribune appoints both Lucius and Caeso to quietly look into the issue.

​Caeso is nervous of this idea, but Lucius turns out to be an easy person to get along with and they work well together and it isn't long before they identify the killer.  They are rewarded with the shortening of their term in the army — and Caeso is rewarded by Lucius by a short kiss that takes his breath away.  By the age of 22 they are both honourably discharged.

With no wish to return home, even if he did serve well in the army, Caeso is at a loss until Lucius invites Caeso to live in Rome with him.  Lucius too wants to escape his family, and to Lucius' family's disgust they rent a small run-down apartment in one of the less expensive parts of the city.

Living together turns out to be better than Caeso ever expected... and it turns out Lucius had no intention of the kiss being a one-off either.  It's not long before they embark on a relationship.

A relationship that is cruelly cut short one day as they walk through the busy Roman streets.  One second they're talking happily, the next a figure from the crowd slips a knife between Lucius' ribs.  His lover dies in Caeso's arms, and when his screaming pleas to the gods to save him fail, he turns to cursing them instead.  He screams that he will never forgive them for Lucius' death as long as he lives; a handsome man appears in the crowd, smiling down at him, and tells him that the gods have heard his curse.  In order to give him time to really work on that not forgiving thing, Mars — the handsome man — decrees he will live forever.  And, Mars adds, leaning down to whisper in Caeso's ear, it will also give him time to find out who killed Lucius and avenge him.

Which Caeso does, in the end, but afterwards he's left bereft all over again.  Left on his own in Rome, with the ability to see and talk to the gods, he takes to meandering around the streets until he meets Mercury in a temple.

Mercury suggests that he work as a psychopomp — a person who guides the dead to the underworld — for a time while he works out what it is he wants to do, and Caeso agrees.  Not only does it give him something to do, but every visit to the underworld gives him the opportunity to see Lucius' spirit.  He even makes friends, of a sort, particularly with the Dea Tacita,

Caeso continues this work until modern times, when he takes a job as a late-night DJ.  He's walking to work one day, head down and hands in his pockets, when he almost walks into a stranger.  He looks up to apologise, and freezes in shock.
​
Lucius smiles at him, clearly not recognising him, and apologises instead.  He's gone before Caeso can gather his scattered thoughts... 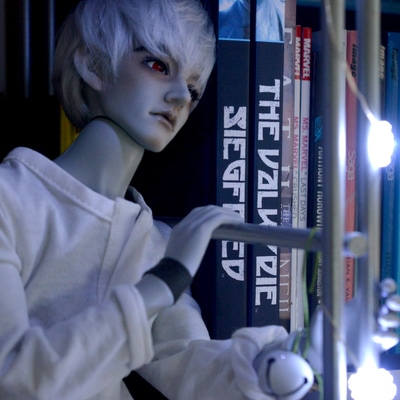 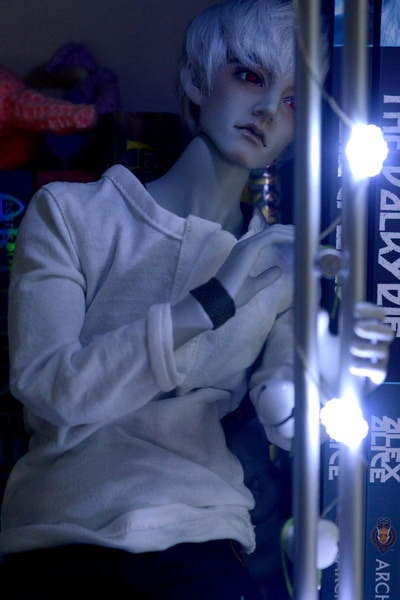 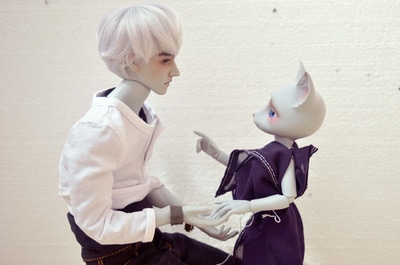 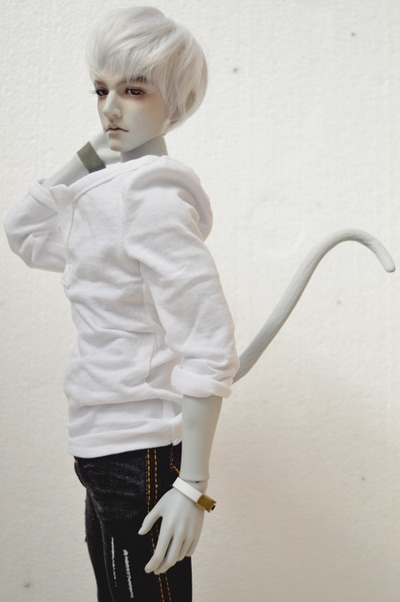 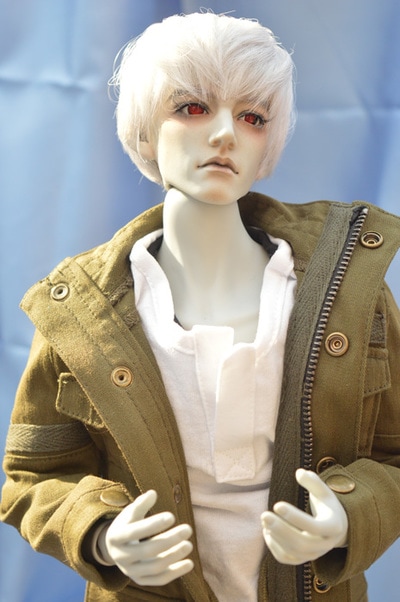 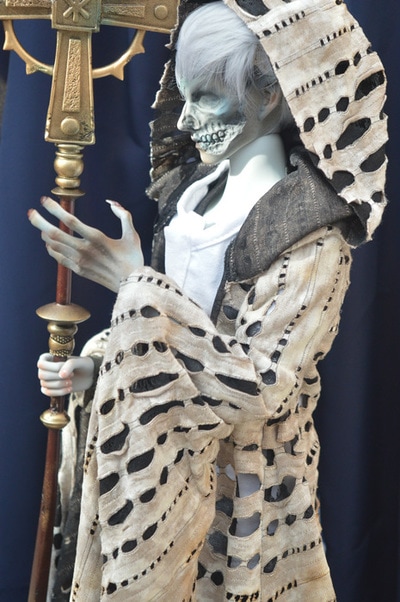 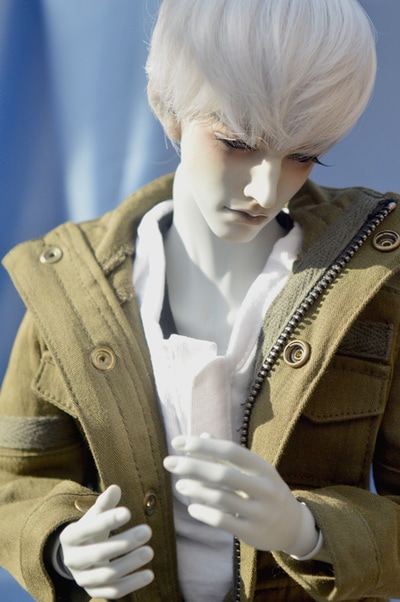 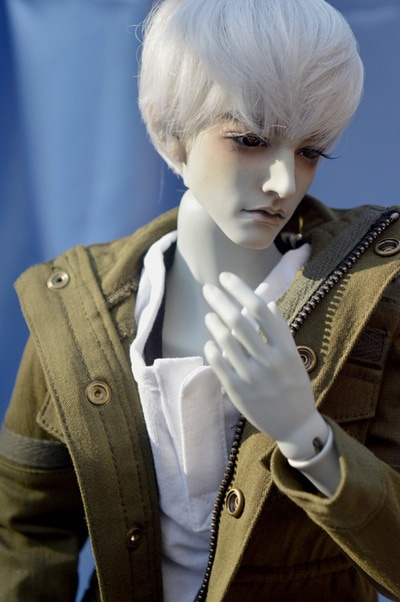